Warburg Pincus (WP), best known in India for its blockbuster $2 Billion exit from mobile services firm Bharti Airtel (in 2004-5), was among the first large global Private Equity investors to enter India. The firm has been investing in the country since the 1990s and witnessed multiple cycles since.

In the decade post the 2000-01 dotcom boom-and-bust, WP primarily preferred to invest in mature, well-established businesses (especially in Outsourcing, Manufacturing, Healthcare, Media, Banking and Shipping & Logistics). 2006 and 2010 witnessed its previous public faces in India - Pulak Prasad and Rajesh Khanna - leave to start their own funds.

How has the firm being faring since and what's changed?


Founded in 1966, Warburg Pincus is a global private equity firm (its sole line of business) and has invested more than $50 billion in more than 720 companies in more than 35 countries around the world. The firm has more than $30 billion in assets under management. Its active portfolio of more than 125 companies is highly diversified by stage, sector and geography. Warburg Pincus is a growth investor and an experienced partner to management teams seeking to build durable companies with sustainable value. The firm is headquartered in New York with offices in Amsterdam, Beijing, Frankfurt, Hong Kong, London, Luxembourg, Mauritius, Mumbai, San Francisco, Sao Paulo and Shanghai.


What the India Data - from Venture Intelligence - Says:


Warburg Pincus has made over $3 Billion across 45 PE/VC investments in India since 1998. It has exited 26 companies returning over $4.5 Billion to investors. 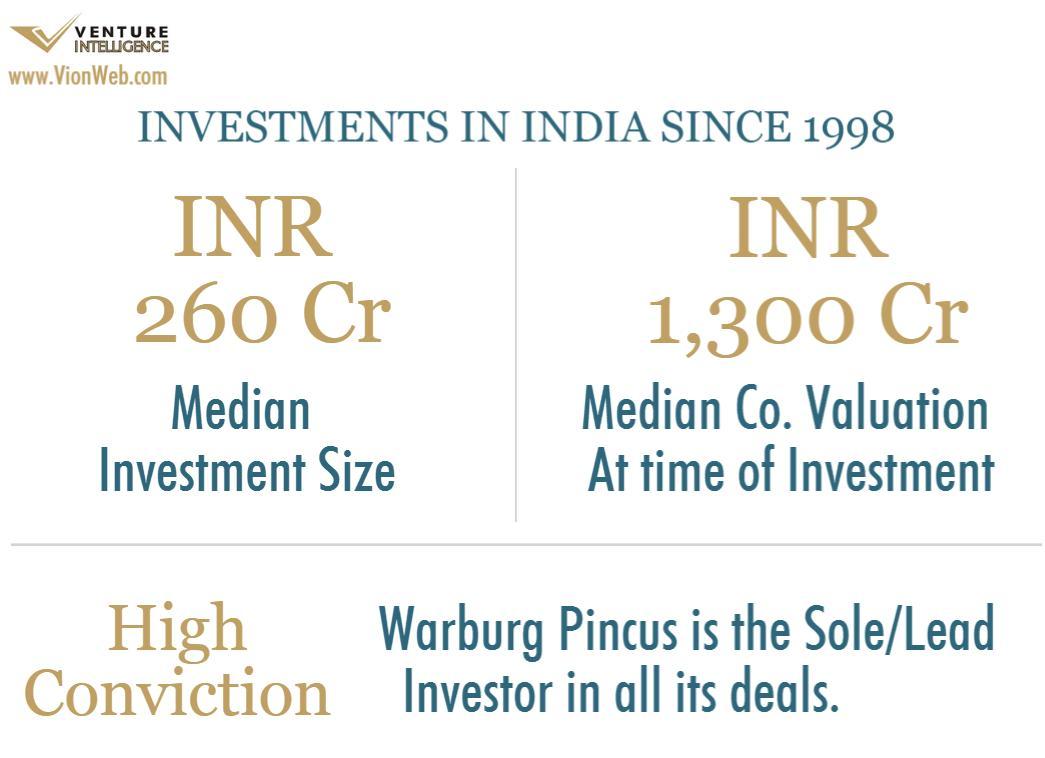 In 2012, under a new leadership team, WP made a turn towards consumption led business in Financial Services (acquiring a majority stake in listed non-banking financial company Capital First and a minority one in regional small businesses focused lender AU Financiers). The same year saw WP - which had invested in one of the first Internet portals in India, rediff.com, in 1999 - return its attention to the sector by leading a $32 million round for online classifieds firm Quikr. It has since made other bets including used car marketplace Cartrade, e-commerce focused courier firm Ecom Express and retail software maker Capillary Technologies.


A consistent feature of WP investments is that when the firm makes an investment, it typically writes out a large cheque and also displays very high conviction: 80% of its investments, Venture Intelligence data shows, have been made as a sole investor. A classic example of this is the INR 1,200 Cr ($200 million) cheque - its largest ever - WP wrote in October 2014 to become the sole and first external institutional investor in Thrissur, Kerala headquartered jewelry retail chain Kalyan Jewelers. In those deals that it does share, the other investors are typically existing backers of the company who let WP lead the new investment round (i.e., contribute the largest share). 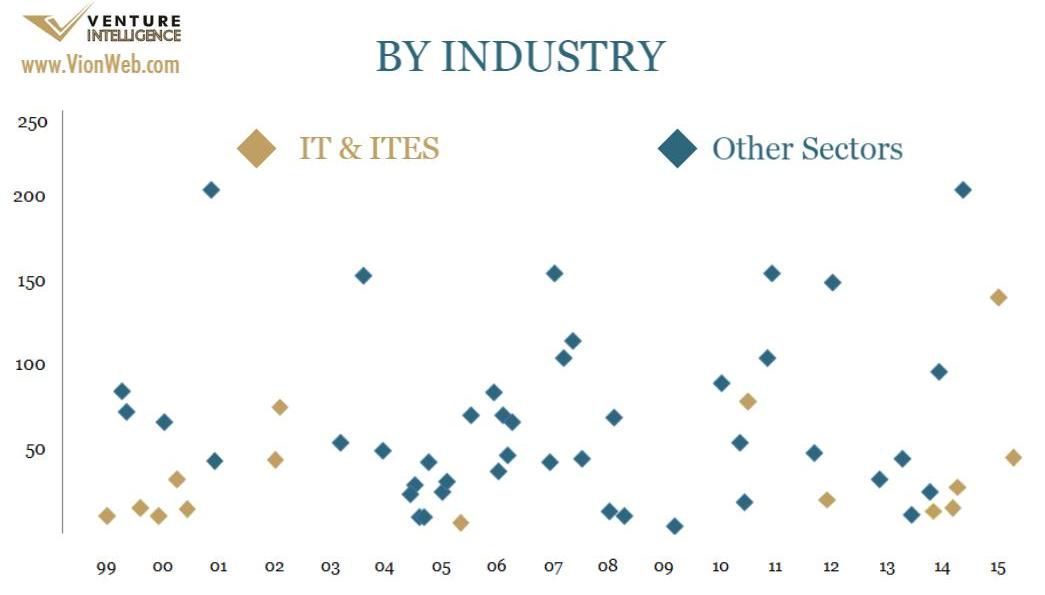 
In the boom years of 2004-2007, WP preferred to invest with publicly listed companies and went largely quiet in 2008 and 2009. Since 2008, Warburg Pincus has focused more on Private companies than listed companies. Since 2010 - barring the $145 million Management Buy Out deal in publicly listed Capital First (formerly Future Capital) - WP has focused most of its attention in the unlisted segment. 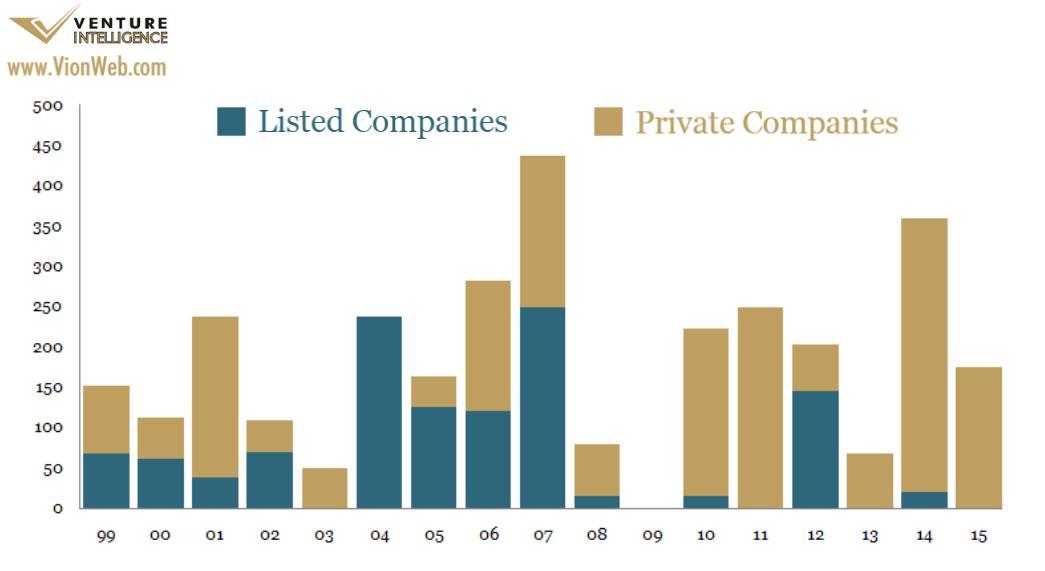 
As among the oldest PE investors in India, Warburg Pincus has seen its share of both spectacularly successful exits and well as write offs. Apart from the much celebrated Bharti Airtel exit - the largest in India till date (in which WP netted a 6.6x return on its $292 million investment over 5 years), other good exits include Kotak Mahindra Bank ($700 M, 4.8X) and offroad tyre maker Alliance Tire Group ($404 M, 4X). Some of the loss maskers for WP have included jewelry exporter Vaibhav Gems, EPC firm Punj Loyd and CDs-turned-solar-panels maker Moser Baer. 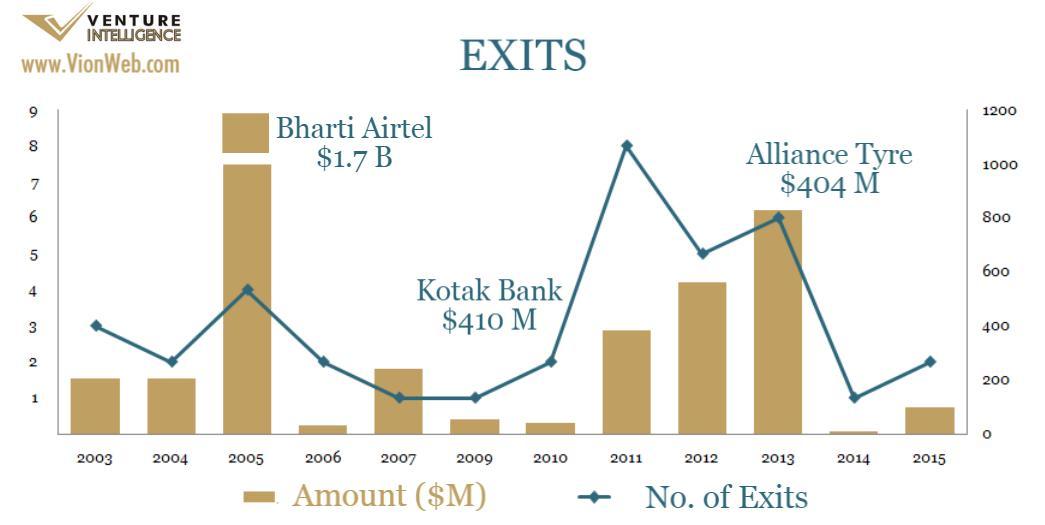 Niten Malhan is based in Mumbai and co-heads the WP activities in India. He is also a member of the Executive Management Group of WP. Prior to joining Warburg Pincus in 2001, he was an Engagement Manager with McKinsey & Company in New Delhi, Jakarta and Boston and was a Director of Business Development for a Silicon Valley start-up. Mr. Malhan is a Director of ACB, AVTEC, Diliigent Power, Laurus Labs and Lemon Tree Hotels. He has also served as Vice Chairman of the Indian Private Equity and Venture Capital Association. Mr. Malhan holds a B.S. in computer science and engineering from IIT-Delhi and an M.B.A. from the Indian Institute of Management, Ahmedabad.

Vishal Mahadevia is based in Mumbai, joined Warburg Pincus in 2006 and co-leads WP activities in India. Mr. Mahadevia also is a member of the Executive Management Group of WP. Previously, he was a Principal at Greenbriar Equity Group, a fund focused on private equity investments in the transportation sector. Prior to that, Mr. Mahadevia worked at Three Cities Research, a New York-based private equity fund, and as a consultant with McKinsey & Company. He is a Director of AU Financiers, Biba Apparels, Capital First, Continental Warehousing, Gangavaram Port, IMC Limited, Kaylan Jewellers and QuEST Global Services. Mr. Mahadevia received a B.S. in economics with a concentration in finance and a B.S. in electrical engineering from the University of Pennsylvania.

For more details on Warburg Pincus in India, head over to the Venture Intelligence Private Equity/Venture Capital Deals Database or Contact Us for a Demo & Trial.